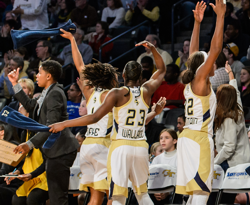 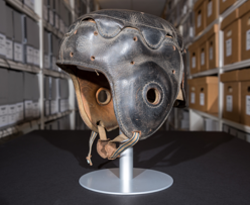 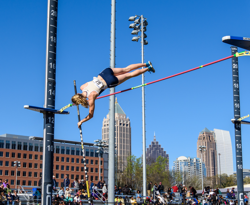 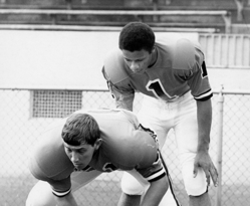 The Sports, Society, and Technology (SST) Research Center is an arm of the SST Program which also seek to create interest and increased visibility for the interdisciplinary study of sport at the Georgia Institute of Technology.

The Research Center sponsors research-oriented workshops and additionally supports and promotes Georgia Tech faculty research findings related to sports. Explore some of our recent events below. 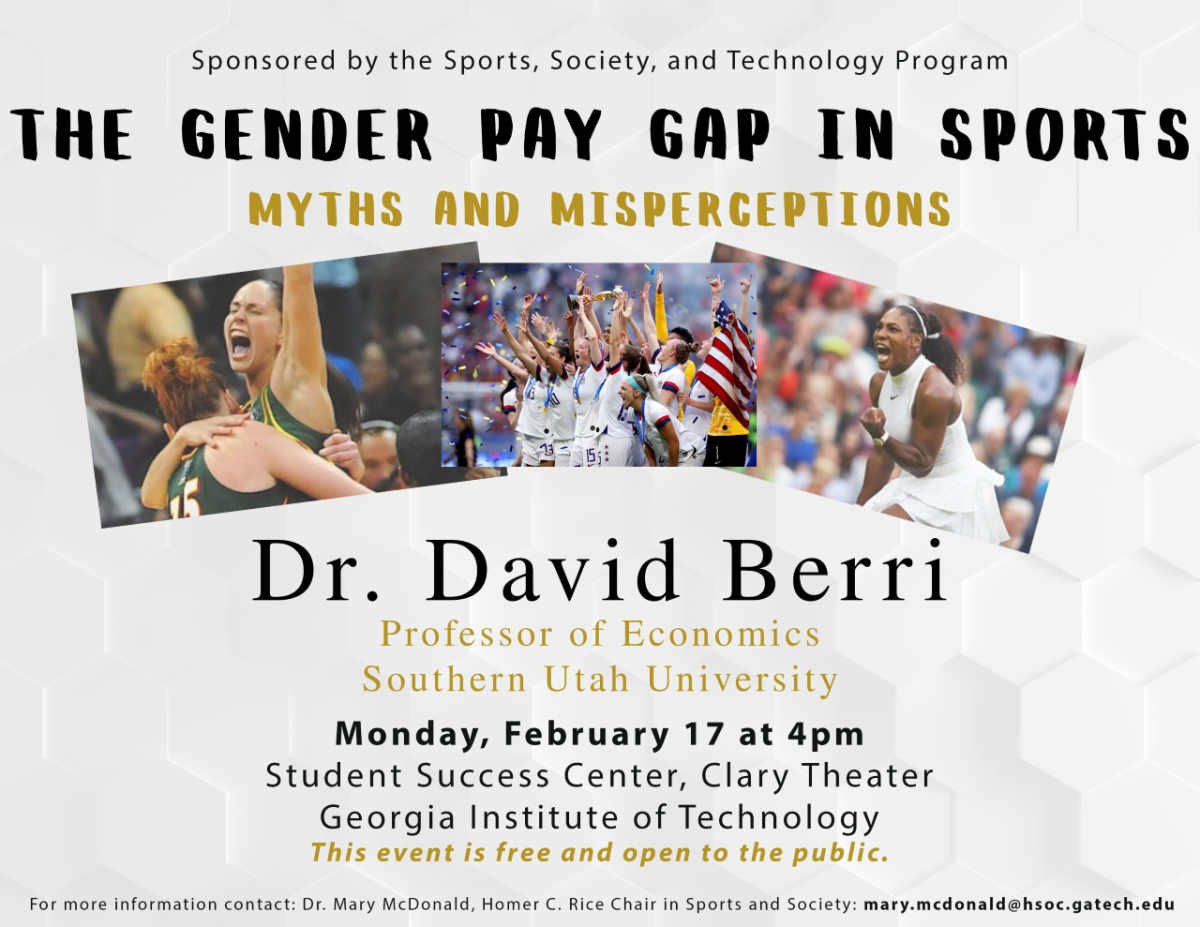 David Berri, Professor of Economics at Southern Utah University, visited campus in February 2020 to deliver a guest lecture on the gender wage gap.

The gender wage gap is a trend that shows up in study after study and is especially pronounced in professional sports. This talk looked at why salaries for men in sport are so much higher in absolute terms, but also why men tend to be paid a greater share of league revenues (as in professional basketball) or more for each game (as in professional soccer).

The lecture not only touched on the economics of gender and sports today, but also on the history of women in sports.

On Thursday, September 12, 2019, Television and WNBA Analyst Amy Audibert visited the HST 3075 Foundations of Sport Studies class to share her experience and expertise related to the sport media and working in the sport industry. 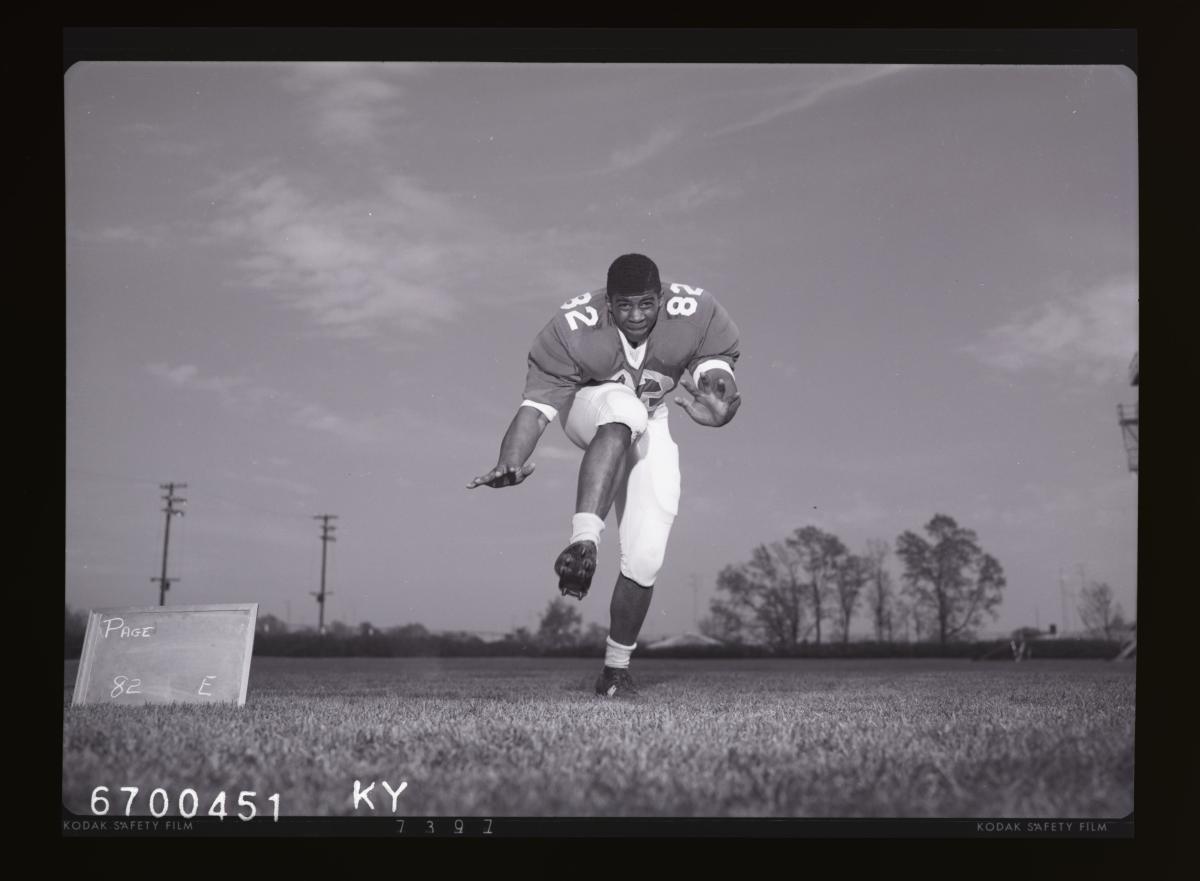 Fifty years ago, every athlete in sport at every school in the Southeastern Conference was white. That changed when then Assistant Kentucky Coach Homer Rice recruited Greg Page, who became the first African American ever signed to play football in the SEC.

While Page died tragically in a football-related accident in the fall of 1967, Nate Northington trotted onto the field as a University of Kentucky varsity football player against Ole Miss.

Since that time, tens of thousands of African Americans have followed Greg, Nate, and teammates Houston Hogg, and Wilbur Hackett, dramatically improving athletic competition....and life in the American South. This is the story told in a new film directed by Academy Award-winning filmmaker Paul Wagner and produced by former Kentucky quarterback Paul Karem.

Discussion: "A Conversation with Wyomia Tyus" 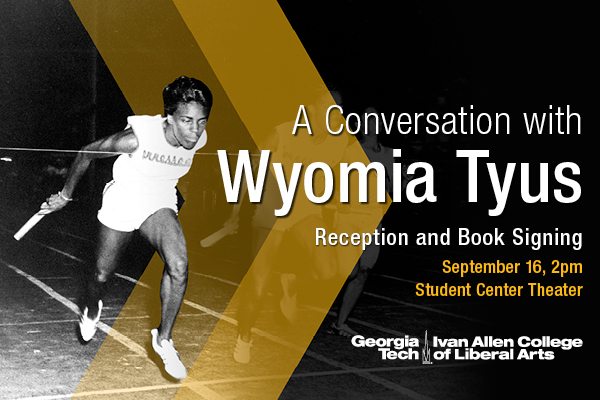 SST hosted a discussion on September 16, 2018 at Georgia Tech with the legendary Wyomia Tyus, a back-to-back Olympic gold medalist (1964, 1968) and long-time advocate for global human rights. 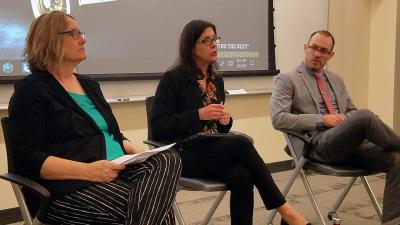 In February 2018, the Sports, Society, and Technology program sponsored an interdisciplinary workshop featuring scholars from across North America whose research critically examines the various intersections of sports and traumatic brain injuries. The presentations interrogated sports' "concussion crises" by drawing on socio-cultural perspectives and situating traumatic brain injuries in their broader social, political, and scientific contexts.

SST hosted a panel on April 22, 2016 at Georgia Tech in commemoration of the 20th anniversary of the Atlanta Olympic Games. This panel featured scholars discussing the social, political, economic and infrastructural impact and legacy of the 1996 Olympic Games on Atlanta.

Sports and the Black Freedom Struggle: The Legacy of 1968 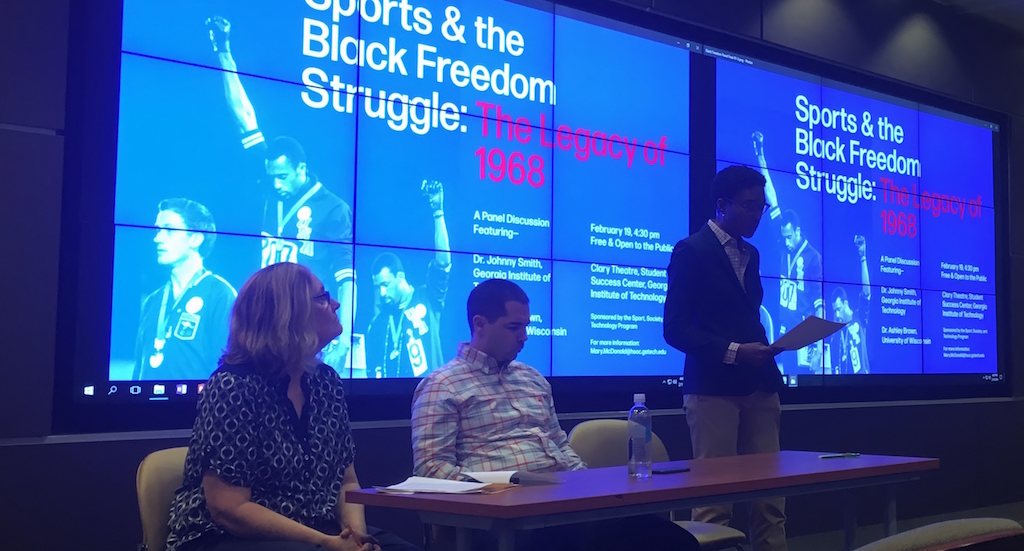 Historians Johnny Smith (School of History and Sociology, Georgia Institute of Technology) and Ashley Brown (Department of History, University of Wisconsin, Madison) were part of a fascinating panel discussion about sports and the black freedom struggle.

Moderated by Professor Mary McDonald, the conversation offered opportunities to reflect upon the legacies of Black sporting activism including that of the Olympic Project for Human Rights, and Tommie Smith and John Carlos’ famous Black power salute during the playing of the national anthem at the 1968 Olympics in Mexico City, Mexico.

This panel and the lively Q&A that followed shed light upon the diverse strategies utilized within the Civil Rights movement, but also provided an historical context to better understand U.S. Black athlete activism in the contemporary moment. 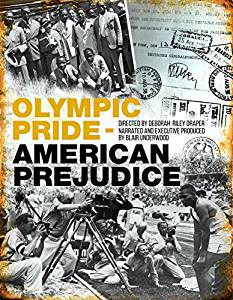 The Sports, Society, and Technology Program hosted a screening of Olympic Pride, American Prejudice and a post-film panel on October 2, 2017 in the Student Center Theater on the campus of the Georgia Institute of Technology. Co-sponsors of the event included the Ivan Allen College (IAC) of Liberal Arts, the School of History and Sociology (HSOC), and the Black Feminist Think Tank.

Olympic Pride, American Prejudice explores the experiences of 18 African American Olympians who defied Jim Crow and Adolf Hitler to win hearts and medals at the 1936 Olympic Games in Berlin. The documentary is the creation of Atlanta filmmaker Deborah Riley Draper—who also spoke on the post-film panel—and narrated and executive produced by Blair Underwood.

More information is available about the Olympic Pride, American Pejudice Screening and Panel.

The SST Research Center, the School of History and Sociology, and Ivan Allen College of Liberal Arts hosted the 2016 North American Society for Sport History Conference at the Georgia Tech Conference Center and Hotel, May 27-30. This scholarly conference brought together over 200 sport historians to discuss relevant historical themes and scholarship.

The Ivan Allen College of Liberal Arts, the School of History and Sociology, the SST Research Center and the North American Society for Sport History hosted a pre-conference workshop May 25-26, 2016, “Doing Sports History in the Digital Present.” This workshop was free and open to the public.

The goal of this workshop was to generate and extend conversations about digital scholarship, especially in relationship to the historical study of sport and related realms including recreation, games, physical activity, and the moving body. “Doing Sport History” featured 15 participants from North America and Australia, and was organized by Mary McDonald and Jennifer Sterling of Georgia Tech’s SST program. Murray Phillips, University of Queensland and editor of the Journal of Sport History also assisted in organizing the workshop.

Fourteen articles from this workshop were published as part of a 2017 special issue in the Journal of Sport History in 2017.

The Ivan Allen College of Liberal Arts, the School of History and Sociology, and the SST Research Center hosted a post-conference workshop May 31-June 1, 2016, “Innovations in Sport for Development Research” featuring 10 scholars from North America, Europe, New Zealand and Australia discussing and critiquing sport for development scholarship. This workshop was free and open to the public.

We were fortunate to have scholars from around the world participate from Atlanta and also via telecommuting capabilities from such global locations as New Zealand, Canada, Argentina, and England. Mary McDonald organized this conference with colleagues from the US and Canada. Papers from this event will be published in 2017 in Third World Thematics.

In November of 2015, Dr. Mary McDonald and several Georgia Tech graduate students organized an exhibit displayed at the clubhouse of the Bobby Jones Golf Course in Atlanta celebrating the 60th Anniversary of the historic court case that facilitated the desegregation of public recreation facilities across the country.

The exhibit, funded by the Friends of the Bobby Jones Golf Course, is called "Changing the Game" and commemorates the efforts of Alfred "Tup" Holmes, an African American golfer who challenged how access to public golf courses in 1950s Atlanta was strictly divided along racial lines.

Featuring stories, photographs, and other artifacts documenting Holmes' historic Supreme Court case, the exhibit seeks to draw attention to the role of Atlanta's sport culture in the desegregation movement while preserving the history of the Bobby Jones course.